Back to Latest News

New technology at UH Manoa could change the future of MRIs 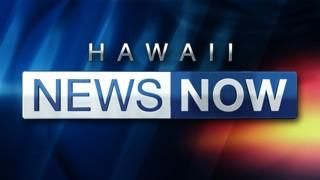 KinetiCor is focused on commercializing its state-of-the-art motion correction technology for MRI, invented by Thomas Ernst, a physicist at the University of Hawaii at Manoa John A. Burns School of Medicine (JABSOM). This breakthrough technology enables remarkably accurate scans with correction of motion that could be a subtle as normal breathing.

"It takes about five to ten minutes to acquire one single scan of the brain," Ernst said. "So if you just move a very small amount, the images get blurry."

The new technology involves a marker that is placed on the patient's forehead and allows the imaging to track and adjust to the patient's movements. This is particularly useful for patients who have a hard time controlling their movement during a scan, such as children, the elderly, and those with head trauma, dementia, Parkinson's disease and brain tumors.

"What our technology does, is it basically allows the MR scanner to track along with you while you, as a patient, are moving within a scanner and eliminates the blurring that occurs in the images," said Dr. Jeffery Yu, CEO of KinetiCor.

Today, patients who move during MRI usually have to be sedated or have to repeat scans, but this technology could reduce the need for all of that.

"You know, in children, they have to undergo sedation, a lot of times to hold still enough," Yu explained. "We can reduce or even get rid of the need for sedation."

Yu said they are proud to have the support of the three premier Hawaii institutions, which include the University of Hawaii Foundation's Upside Fund, the Hawaii Medical Service Association and the Queen's Development Corporation, as equity investors in KinetiCor.

"We believe KinetiCor has harnessed a game-changing technology that can revolutionize the way MRIs are performed and will allow for consistent quality," Yu said.

KinetiCor has achieved early sales traction of its highly advanced prospective motion correction research prototypes at leading magnetic resonance research centers, including the University of Minnesota's Center for Magnetic Resonance Imaging, and Washington University in Saint Louis, in support of these institutions affiliation with the National Institute of Health Human Connectome Project.

"More than $2 billion globally a year is wasted by having to re-do MRI scans because the patient moves and blurs the images," Weinman said. "Dr. Ernst and the JABSOM Neuroscience and Magnetic Research team, in collaboration with two other universities, have solved the problem of blurry images. This will not only save significant money but will enable MRI machines to be able to diagnose conditions that they can't today."

The company's technology is currently for research purposes only and has not been cleared by the FDA for clinical use, but Yu is hopeful that this will get into the market within the next decade